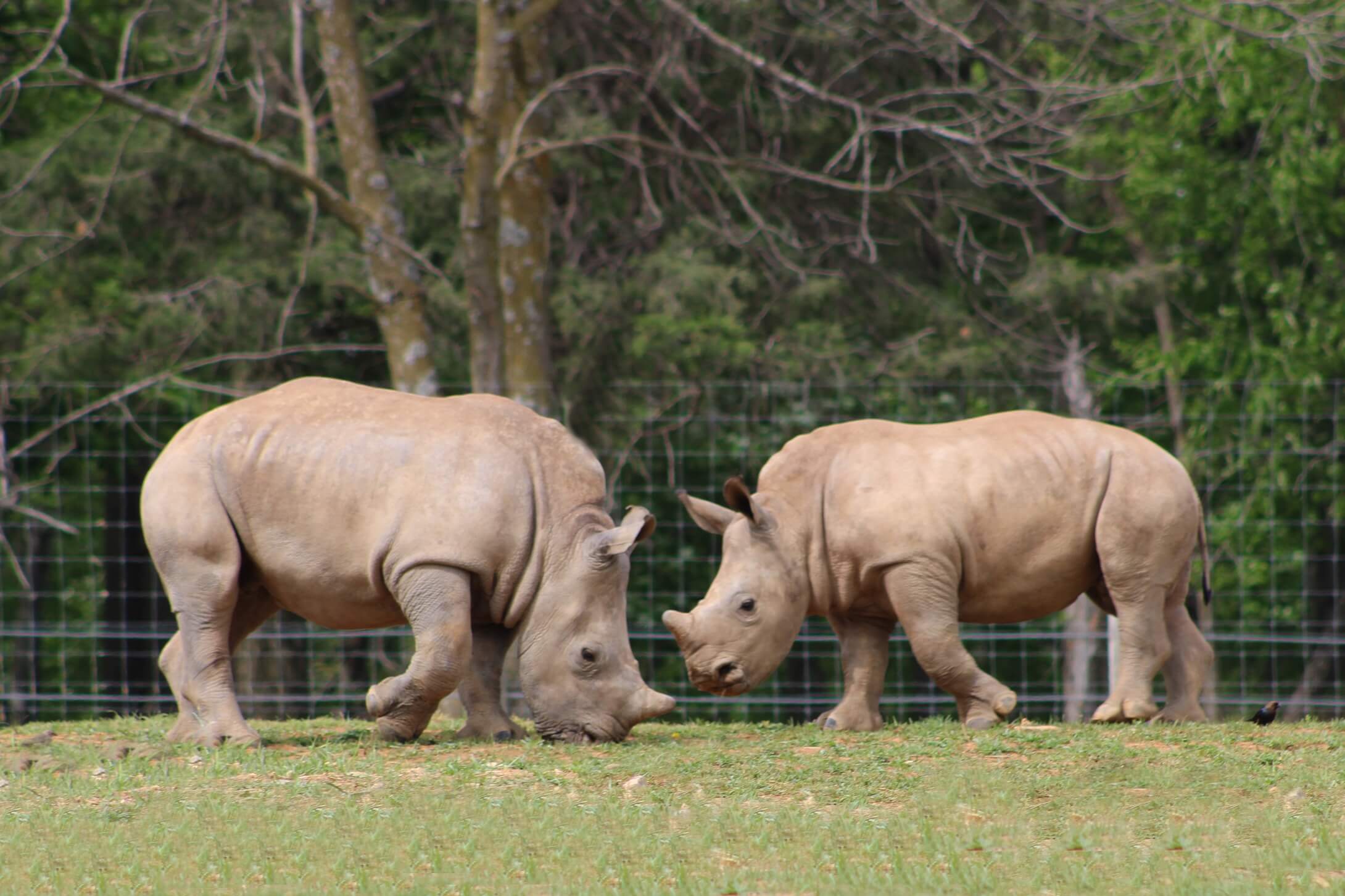 Natural Bridge, VA— The Virginia Safari Park is celebrating Cinco de Rhino with renewed hope for Rhino conservation. As 2020 came to an end, experienced Rhino mothers, Samira and Kya, welcomed new Rhino calves to the world. To date, there have been six Southern White Rhinos born at the Park. Samira and Kya were imported from South Africa in 2012 with two other White Rhinos to protect them from rampant poaching. To date, this group of imported rhinos has produced eight healthy calves.

In the wild, it is estimated that one rhino is killed every ten hours for its horn. Rhino gestation is 16 months, resulting in a slow increase in population numbers toward recovery. Therefore, each calf born is a reason to celebrate! The Virginia Safari Park is dedicated to saving the future of wild rhinos and donated more than $12,000 in the past three years to the International Rhino Foundation.

New for 2021, Virginia Safari Park is offering daily rhino encounters. A percentage of each tour helps support our ongoing rhino conservation efforts in the wild.